With Surabaya nailed it was time to head over to Indonesia's capital Jakarta to visit the parks there and the first one was going to be the other Safari Park. We'd planned for 2 hours to get to this park but with our early start made it in ninety minutes. Like the other safari park we had to go through an Indonesian ID check and had to explain that we were tourists. Again we were waved through but another sign that not many foreigners come out here perhaps?

Along the way into this park there were many stalls selling carrots to feed the animals, so if that's your thing then you may want to partake in that. We didn't have the time to go around the safari park, choosing instead to visit the amusement park and then head to Bandung. 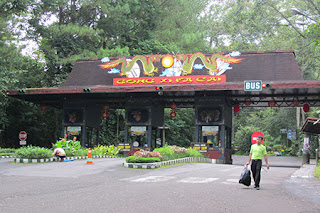 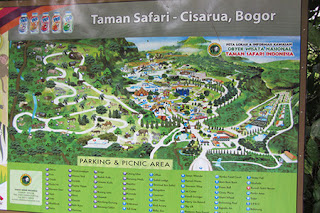 The park map from which you can see the scale of the park with the safari park to the left. The theme park section is in the centre. 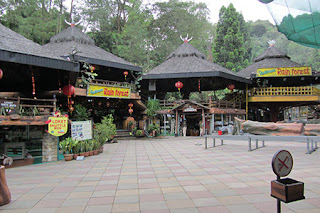 This is the entrance to the amusement park section of the park. Now normal visitors would do the safari park and finish up here so in the normal run of things this part of the park wouldn't be open until midday. We would have to convince the operators to open early for us. 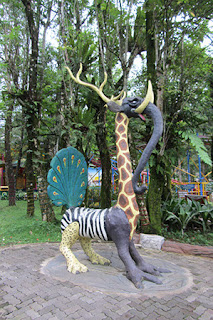 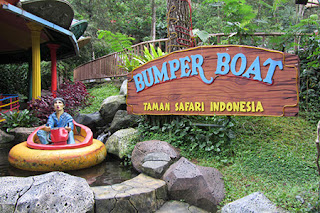 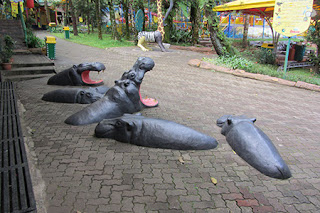 The poor hippos were sinking so they built a new path around them. 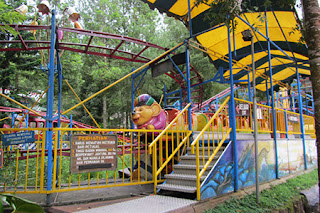 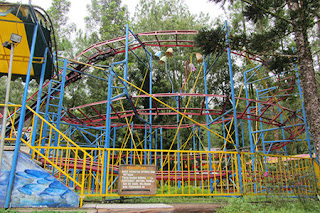 The park were refusing to open the ride until midday but fortunately a manager came to our rescue and got the ride open for us. Great! The coaster should be a usual wacky worm but this had a higher hill and extra helix and whilst on the ride the operator was permanently telling us to hold on tight, which we took for granted. If you're going to this park heed his advice, the drop is ridiculous and caught us all by surprise. 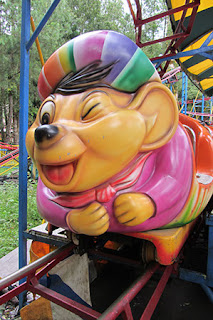 Perhaps that's why the mouse is winking, he knows what to expect! 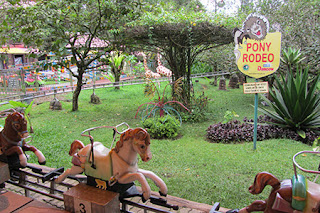 In the UK "pony" means "rubbish" describing how poor the rodeo experience would be. 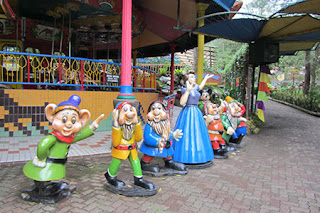 Dopey attempts to hail a cab for his friends. 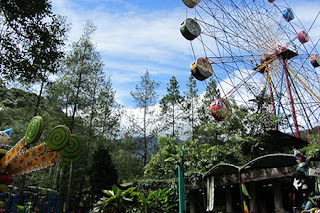 The park is in a wonderful location! There aren't many parks located up on the side of volcanoes. 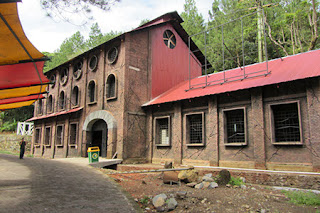 The ride manager told us about this attraction, which was still being constructed. It's a dark ride called Evil Hill and is due to open in a few weeks time. 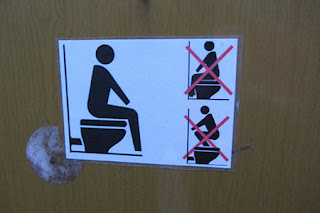 The toilet does include a western style. I liked the tutorial on how to use it. It's worth mentioning that when in Indonesia always carry toilet paper on you as it's not always at hand in the toilets. The toilets are predominantly the squat kind but there's usually at least one western style toilet around. I never had to use a squat at all, but I did get caught short with the toilet paper once :)

This park, much like the other one, was just a visit for the credit. We could have stayed longer and would probably have been blown away by the safari park, but we can do that another day perhaps. From here it was time to head inland to the city of Bandung.


on to Bandung my fine chap!